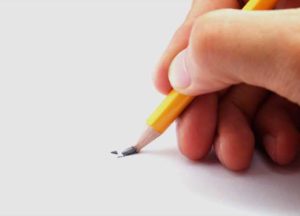 At the University of Washington Information School, each PhD student must complete a General Exam (GE) after completing basic coursework. The GE is supposed to prove that a student has sufficient mastery of the existing knowledge in their chosen domain before moving on to propose their dissertation topic. Over about 10 weeks, the PhD student does the following:

Software project failure continues to be a concern, and managing risk our best hope of project success. While information systems (IS) literature has examined the role of culture in projects, it often focuses on the management of multinational project work and how ethnic or national identities impact enterprise-level system development. Recently, information system researchers have begun to focus on how a user’s identities—their internalizations of cultural meaning—can affect adoption and use of technology, but identification with technology may also impact its development. This area of interest concerns the ways in which project worker identification with their products might affect behavior, using digital game development as a highly salient context. The following areas of interest inform this research:

IT, Culture, and the Cultural Industries

Some segments of the information technology (IT) industry also comprise a portion of the cultural industries [34], [40]. Organizations are categorized as part of the cultural industries “because they deal primarily with the industrial production and circulation of texts” [34, p. 6] and “are most directly involved in the production of social meaning” [34, p. 16] [emphasis in original]. Along with digital games, the list of cultural industries includes journalism, film, television, radio, and marketing. For all of these, the focus of production is less on utility than on conveying a message of social significance [34].

The IT segments of the cultural industries use the same basic IT methods, but produce cultural texts, including digital games [34]. Culture is societal meaning, “the signifying system through which… a social order is communicated, reproduced, experienced and explored” [90, p. 12-13]. Structural symbolic interactionist theories of identity concern “the nature of the individual and the relationship between individual and society” [13, p. 9], and tell us that an individual’s many identities are formed by the internalization of cultural meaning [13]. One’s identity as a parent, for example, is one’s internalization of everything one has found in society about what it means to be a parent. While one’s sense of self can shift over time, identity theories tell us that individuals tend to alter behaviors, create self-confirming environments, and selectively process information to verify or confirm their identities and maintain a sense of self [13], [76].

Most heavily analyzed in identity literature are role identities, which internalize society’s expectations when acting in a societal role [13] (e.g. “parent,” “employee,” or “spouse”). Group identities serve a similar function for members of groups [13], including religious, ethnic, and cultural groups. Person identities are those that attempt to distinguish one as a unique individual [13]. Researchers have also explored material identities, tied to possessions or places [20], [76], which are constructed, enacted, and verified just like role, group, and person identities.

Recently, IS researchers have begun to focus on how users’ identities can affect adoption and use of technology. IT identity has been defined as “the extent to which an individual views use of an IT as integral to his or her sense of self” [14, p. 932] and is rooted in structural symbolic interactionist theories of identity [14]. An IT identity is theorized in three dimensions: relatedness, emotional energy, and dependence. People having an IT identity will feel that they are connected to IT; experience sensations of “confidence, enthusiasm, and energy” [14, p. 945] when considering IT; and believe that they can rely upon IT to help them in their work and personal lives. Users exhibiting their IT identities will have comparatively higher levels of use, seek out ways to use the IT and explore additional affordances of the IT, and resist replacing it with new, different technology.

IT identity was originally conceived as a new form of material identity, encompassing technology at many levels [14]. As defined, IT identity applies to an “an IT,” but identities can be complex and overlapping. An IT identity may be with a class of devices, a device, an operating system, an application, or a function of an application. In the same way, game-related identities may exist at the level of a platform, a device, a game genre, a game franchise, a specific game, or a game mechanic.

Understanding IT identity is fundamental to understanding how individuals interact with technology on a day-to-day basis, but identification with technology may also impact its development. While IS literature has historically focused on enterprise software (e.g. B2B or internal development, installation, customization, and outsourcing), consumer IT is created to appeal to broader markets. The individuals creating consumer IT are often part of the target market and may identify with the technology on more than a professional level. In identifying with the underlying technology, worker behavior may be affected in significant ways that impact project processes, such as risk behaviors, and therefore impact outcomes.

In IS literature, much of the identity work might be characterized as focusing on the interactions of national cultures in multinational development efforts or the effects of organization culture on the development process [45]. The former constitutes a study of group identities (“I am a [nationality]”) while the latter concerns either group (“I am a [company] employee”) or role (“I am a [job role]”) identities. Little has been done concerning material identities in the workplace (e.g. [81]) and less on the impact of those on performance. Studying IT identity—conceptually defined as a material identity—by examining IT workers identification with their (material) project outcomes seems ideal.

Project and risk management have a rich history in IT. Considerable research has gone into identifying risk factors involved in software projects, often based on data provided by project staff and managers. Consistent among such research is the identification of risks involving project staff and technology choices. There is no single accepted list of software project risk factors, and multiple researchers have developed their own classification system for factors that have been identified [63], [80], [82].

It is possible that identification with a project’s intended final product affects many of the risk factors identified in risk management literature. Project workers, confronted with daily decisions regarding their projects, may self-verify by making choices that confirm the content of their IT identities. Risks associated with altering definition of the final product (“scope creep”, “feature creep”, and/or “gold plating”, depending on the author) seem highly likely to be affected, and tend to impact both schedule and budget as well, making them an ideal area of focus. For example, a worker who identifies with iPhones and who contributes to iPhone development may champion new, personally desirable features to better verify their identity with these devices. Equally, they may resist the addition of features that do not verify their identity. In either fashion, their self-verifying actions on the product team affect risks to the specification and affect the final product, for better or worse.

Academic and popular coverage of the game industry shows that the digital games industry tends to hire gamers as gameworkers in a fashion not as often repeated in other IT segments [28], [40]. By focusing on gameworkers, research on IT identity within projects can use their documented identification with project outcomes to more clearly see the effects in the data collected.

While self-confirmatory behaviors certainly occur in some fashion in all software developers, they are likely to be stronger when workers identify strongly with their projects, or have multiple identities driving behavior, as with gamers making games. The self-confirmatory behaviors they engage in affect their interactions with their co-workers and their performance of their work duties.